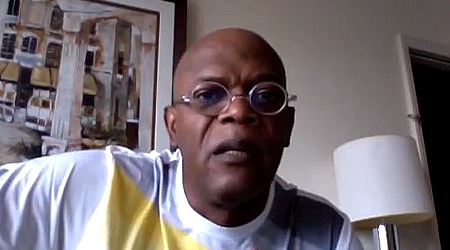 One of the best scenes from “Breaking Bad” occurred in season four when Skylar (Anna Gunn) finally learned the truth about Walter White’s extracurricular activities.

It was in the sixth episode from season four, “Cornered,” when Skylar admits her fears because of what could come knocking at the door, and Walt delivers a chilling monologue in which he declares, “I am not in danger, Skyler. I AM the danger … I am the one who knocks!”

Of course, no one can deliver the lines like Bryan Cranston, but Samuel L. Jackson took a shot at it to help raise money for the Alzheimer’s Association on Reddit. And by the way, are you recording this in a doctor’s office, Sam? That’s a nice painting behind you, and there must be valuable information in those brochures on the little table.

Ok, your turn, Bryan. Let’s see how you do with the cheeseburger scene from “Pulp Fiction.”

Anyway, compare the two, and tell us in the comments which one you like better.