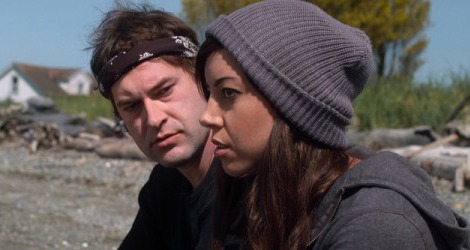 The other day I actually found myself with a couple of extra hours and nothing to do, so I scrolled through Netflix to see what was on.  There I found a small movie I had wanted to see in theaters but as usual, never got around to it.  The reason I wanted to see it?  Jake Johnson from “New Girl” had a starring role in the film.  So I sat down to watch it.

Not so much by Jake Johnson’s role (it wasn’t as major of a role as I originally thought, though he was still good in it), but the story itself.  I spent hours thinking about it afterward, wondering how did this not get made before?  How could such a simple story become such an amazing movie?

Now, you must be wondering what movie I’m talking about. I’m talking about “Safety Not Guaranteed.” Have you seen it? Do you agree with me? If you haven’t seen it, cue it up on Netflix or just go out and buy the movie. It’s a keeper.

The film follows three magazine employees as they unravel the truth behind a cosmic and strange ad that is placed in their magazine. The ad states the following:

What? Time Travel? Did Connie just dupe me into seeing a sci-fi flick?

No, trust me on this one – you’ll want to see this movie. The premise is sci-fi in nature, but the movie itself delves into the people and why they do the things they do, as well as how being in or searching for love (or lust) affects them.

The time traveler in question is Kenneth (played by Mark Duplass). Darius (Aubrey Plaza) is tasked to get closer to Kenneth and find out the truth behind his time travel ad. In the process, she discovers a lovelorn man who may be part H.G. Wells and part nutcase. Is he lost without his love or has he just lost his marbles?

The story is inspired by an actual ad. A similar ad was placed in Backwoods Home magazine by the magazine’s founder/publisher/editor Dave Duffy as filler for the advert section. He also placed a personal ad with the same box response number as the time travel ad. Guess which one got the most responses?

After the credits rolled, I think I sat staring at a blank screen, my jaw placed securely on the floor. “That was (bleeping) amazing!” I announced out loud to Mr. Kitty, the stray cat I’ve been trying to foster. Mr. Kitty didn’t care, but I did. I cared about this film and the people in it. I fell in love with Mark Duplass. Jake who?  I’m sure I’ll remember exactly who Jake is once “New Girl” starts up again in the fall, but Duplass’ performance makes me appreciate his role as Brendan the Midwife on “The Mindy Project” that much more.

Have you not started to watch it? Why are you still reading? Cue that baby up and be prepared to be whisked away in some seriously good storytelling. Come back and post what you thought of the film!