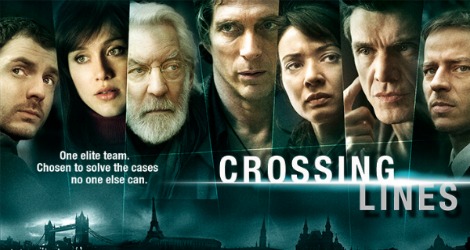 Who says broadcast TV is dead in the water? Sure, we might have more offerings on Netflix, Amazon, YouTube and Hulu, but that doesn’t mean there aren’t some great new and returning shows on the good old tube. That would be “The TV” for you youngsters.

TNT has a great slate of summer TV crime drama, including “Major Crimes” and “King & Maxwell” (Rebecca Romijn woops ass!), not to mention “Perception” and “Rizzoli & Isles.” These are great shows to watch if you love crime drama, but don’t necessarily love all the grief and gore that go along with it (“Hannibal,” anyone?).

We’ll say buh-bye to some amazing shows, including the aforementioned “Dexter,” as well as AMC’s “Breaking Bad,” USA’s “Burn Notice” and Comedy Central’s “Futurama,” all beginning their final seasons.

Let’s take a look at some new and returning shows. Tell us your favorites in the comments below.

LONGMIRE (A&E, Monday) This dark modern western starring Robert Taylor as a burned-out Wyoming sheriff was a simmering hit last summer. As season two starts, Walt Longmire and his combative deputy, Vic Moretti (Katee Sackhoff), are as irritated with each other as ever. Read Connie Wang’s recaps here.

PRISONERS OF WAR (Hulu, Tuesday) The second season of the Israeli series that inspired one of my favorite shows, “Homeland,” hits the web.

WIZARDS VS. ALIENS (The Hub, June 1) Russell T. Davies, the man behind the modern “Doctor Who,” created this children’s series about two 16-year-old British boys — one a wizard — battling aliens.

THE KILLING (AMC, June 2) A co-production deal with Netflix saved this moody show from cancellation. Season 3 picks up a year after the Rosie Larsen case, with the former detective Sarah Linden (Mireille Enos) working on a ferry dock and Holder climbing the Seattle P.D. food chain. Read Jane’s recaps here.

BURN NOTICE (USA, June 6) That’s a wrap for this long-running spy dramedy that ends its run with season 7.

SAM & CAT (Nickelodeon, June 8) Sam Puckett (Jennette McCurdy) of “iCarly” and Cat Valentine (Ariana Grande) of “Victorious” get their own show in this double spinoff. The preternaturally mature Sam and the ditsy Cat will meet, become friends and start a baby-sitting service.

INSPECTOR LEWIS (PBS, June 16) With 27 feature-length episodes, Lewis (Kevin Whately) is closing in on his former guv’nor in the Thames Valley police, Inspector Morse. But this summer’s three cases, which lead off the “Masterpiece Mystery!” season, may be Lewis’s last. “Mystery!” will continue with the Morse prequel “Endeavour,” a new adaptation of “The Lady Vanishes,” and the long-awaited seventh season of “Foyle’s War.”

FUTURAMA (Comedy Central, June 19) This long-running animated show (it debuted in 1999) begins its final season, having been canceled for the SECOND time.

UNDER THE DOME (CBS, June 24) This miniseries based on a Stephen King novel centers on a town in Maine that finds itself cut off from the rest of the world. It’s no “Simpsons” movie.

DEXTER (Showtime, June 30) Michael C. Hall’s adorable serial killer reaches the end of the line — one way or another — as this Showtime stalwart enters its eighth and final season.

MOONE BOY (Hulu, July 10) Chris O’Dowd of “Bridesmaids” and “Family Tree” created this series — about a young Irish boy’s imaginary friend — for the British network Sky; it will have its American premiere online at Hulu.

THE BRIDGE (FX, July 10) Diane Kruger and Demian Bichir play the lead cops in this dark Nordic thriller adaptation. The serial-killer tale shifts the action from the Denmark-Sweden frontier to the United States-Mexico border.

ORANGE IS THE NEW BLACK (Netflix, July 11) Jenji Kohan, creator of “Weeds,” boards the Netflix bus with a dark comedy about a Brooklyn woman (Taylor Schilling, NBC’s “Mercy”) sentenced to a year in federal prison. The series is based on Piper Kerman’s memoir.

BEING HUMAN (BBC America, July 13) With its original ghost, werewolf and vampire long gone, this story of supernatural friendship returns for a final season with several new cast members. By the way, look for Lenora Crichlow, who played Annie the ghost, on the new ABC sitcom “Back in the Game” this fall.

THE NEWSROOM (HBO, July 14) Aaron Sorkin’s much maligned drama about romance and idealism in a television newsroom returns for a second season.

DEBBIE MACOMBER’S CEDAR COVE (Hallmark, July 20) The channel’s first original scripted series, based on one of Ms. Macomber’s series of novels, stars Andie MacDowell as a small-town judge. Yes! Andie MacDowell! One of my favorite actresses ever!

THE WHITE QUEEN (Starz, Aug. 10) This 10-part British production, based on historical novels by Philippa Gregory, is set during the War of the Roses. James Frain plays Warwick, the Kingmaker, and Rebecca Ferguson, Amanda Hale and Faye Marsay play noblewomen fighting for power.

What summer shows did I miss? Tell us your favorites in the comments below, including why we should be watching them.