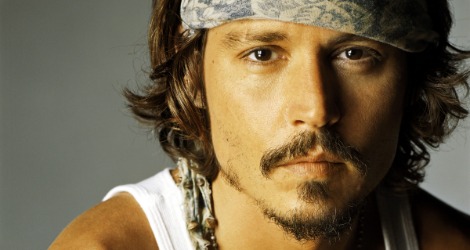 Why do we love him so? Hmmm … well, he’s handsome in a quirky sort of way. He’s a diverse actor who can play any role, from Edward Scissorhands to Willie Wonka to Captain Jack Sparrow. He’s dabbled in music, which is always appealing.

But most of all, I think we love him because he’s mysterious. We think of him sipping rum on his boat somewhere in the Caribbean (doesn’t he OWN an island somewhere down there?), jetting off to shoot a movie here and there or attend a premiere.

In honor of Depp’s birthday, we’ve assembled a few photos of the actor through the years.

Interestingly enough, like Leonardo DiCaprio, Depp has been nominated for Academy Awards (three), but hasn’t landed the golden statuette yet. Perhaps this will be the year.

Got a favorite Johnny Depp look through the years? Tell us in the comments below.