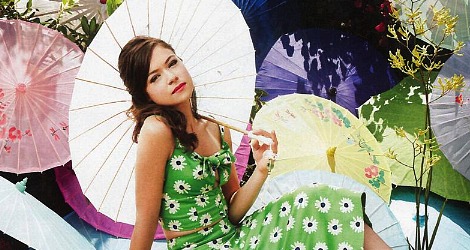 “Orphan Black‘s” Tatiana Maslany looks stunning in the June 28, 2013 issue of The Hollywood Reporter. This girl is going places. If you haven’t checked out the BBC America show yet (here’s where to find it), Maslany plays Sarah, an orphan outsider who thinks that cleaning out a dead woman’s bank account will solve all her problems. Instead, her problems multiply – and so does she. In the clone sense of the word.

Sarah looks just like the dead woman, so she assumes her identity, her boyfriend AND her bank account. But instead of solving her problems, the street smart chameleon is thrust headlong into a kaleidoscopic mystery involving a deadly conspiracy.