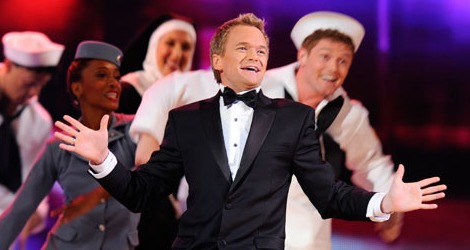 Following accolades for his stint as host of the 67th Annual Tony Awards, Neil Patrick Harris will star in the Broadway premiere of John Cameron Mitchell and Stephen Trask’s musical “Hedwig and the Angry Inch” in the Spring of 2014.

Harris said, “I am simultaneously ecstatic and terrified to be stepping into Hedwig’s heels. It is truly a once-in-a-lifetime role and I can’t wait to begin the journey.”

John Cameron Mitchell, who wrote the book and starred in the original stage and film productions of “Hedwig,” said, “Who better to pass the wig to but the finest entertainer of his generation?” Composer Stephen Trask added, “It’s like you’re putting together a fantasy rock band and Paul McCartney agrees to play bass.”

“Hedwig,” a musical comedy about a fictional rock and roll band fronted by a transgender singer played by Neil Patrick Harris, began off off Broadway at Westbeth and then ran over two years at the Jane Street Theatre beginning in February 1998. The musical won the Outer Critics Circle Award for Best Off-Broadway Musical, and both John Cameron Mitchell and Stephen Trask won Obies.

Rolling Stone called it “the Best Rock Musical Ever” in 2001.

The film of “Hedwig and the Angry Inch,” directed by John Cameron Mitchell, won the Audience Award and Best Director Awards at Sundance. John Cameron Mitchell won the Best New Director from the National Board of Review, the Gotham Awards, and the L.A. Critics Society. Stage productions have played for many years in Japan, and in 2008, Korea hosted a popular televised reality show about the search for a new star to play ‘Hedwig.’

Neil Patrick Harris currently stars as Barney Stinson in the hit CBS television series, “How I Met Your Mother,” a role which has garnered him multiple Emmy and Golden Globe nominations. Harris is a three-time Emmy Award winner for his guest-starring role on “Glee” and as host of the 63rd and 65th Annual Tony Awards. He also served as host and producer of the 61st Primetime Emmy Awards, as well as the 66th and 67th Annual Tony Awards. Harris will next host and produce the upcoming 65th Primetime Emmy Awards.

He made his film debut opposite Whoopi Goldberg in “Clara’s Heart,” and to many viewers will be known forever as the beloved titular character in  the TV series “Doogie Howser, M.D.”

In addition to his numerous film and television credits, Harris has also enjoyed success in the theater. He most recently tackled the leading role of Bobby in the New York Philharmonic’s concert version of Stephen Sondheim’s “Company.” Harris has starred in three Broadway productions, including the dual role of The Balladeer/Lee Harvey Oswald in the Tony Award-winning production of “Assassins.” He made his Broadway debut as Anne Heche’s unexpected suitor in “Proof,” and he later starred as the exuberant emcee in “Cabaret” at Studio 54.

Harris made his musical directorial debut with a production of “Rent” at the Hollywood Bowl, and most recently mixed his love of magic and theater in directing “Nothing to Hide” at the Geffen Theater. He also served as director of “I Am Grock” (El Portal Theater) and “The Expert at the Card Table” (Edinburgh Fringe Festival and Broad Stage Theater).

Other cast members for “Hedwig” have not been announced yet.