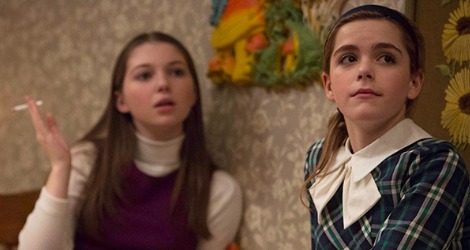 It’s hard to believe that one week from now we’ll all be experiencing “Mad Men” withdrawal, the season six finale behind us. What an episode last Sunday’s “The Quality of Mercy” was, with, at long last, revelations about the Bob Benson, internecine bickering among the SC & P staff about competing clients and inflated casting budgets, and Sally getting accepted to boarding school.

Before I get to my recap, I’d like to acknowledge Andre Jacquemetton and Maria Jacquemetton, the husband and wife writing team that have been with “Mad Men” since season one, and who are leaving for new projects at this season’s close. They wrote this week’s episode, and as it turns out, three of the past five next-to-last episodes, including, in reverse order, season five’s “Commissions and Fees,” with Christopher Manley, the episode in which Lane Pryce commits suicide; season four’s “Blowing Smoke,” notable for Don’s letter to the New York Times declaring the agency would no longer work with cigarette companies after Phillip Morris ditches Cooper Sterling for another firm; and season one’s “Nixon v. Kennedy,” with Lisa Albert, which contains the essential flashback in which Dick Whitman accidentally kills Don Draper, and impulsively decides to assume his identity by grabbing the dog tags off the burned-beyond-recognition officer.

It’s fair to say they’re experts at setting up the show for its season finale. I’ve wondered more than once this season if their departure, announced several week’s before season five started to air, would affect the show’s quality, given their role as executive producers and also overseers of the writers. It’s impossible to gauge these sorts of things from the outside, but it’s fair to say that their presence will be missed.

As for this week’s episode, the show opens with Don in a fetal position in Sally’s bed. He’s been out drinking, presumably still devastated by Sally’s catching him with Sylvia. Megan, the daughter of an alcoholic, gently asks Don to pull back the throttle. A few moments later, Don pours liquor in his orange juice and starts drinking before he’s even had breakfast. He stays home from work, flips around the TV. When he sees Megan come on the screen in a close-up shot, wearing a blond wig and speaking in a French accent, he scoffs and turns the channel to the Patty Duke show. How telling about the state of their marriage. As for Megan’s career, whatever Don’s motivations for having her work at the agency, I do wonder if Megan was a more talented copywriter than an actress. Based on what we’ve seen so far, I think so.

Betty calls and tells Don that Sally doesn’t want to go to Don and Megan’s anymore, she wants to go to boarding school. Betty doesn’t seem disturbed by Sally’s decision. She chalks it up the Grandma Ida incident and the fight she had with her girlfriend after their Model U.N. stay. Sally is being super rebellious and oppositional with Betty, so she doesn’t assume there’s anything amiss when Sally extends this adolescent temperament to her father. This scene, with Don starting off gruff with Betty but Betty being all sweet and content when Don softens and, when hearing that Sally is interested in Miss Porter’s, the boarding school that Jackie Kennedy attended, tells Betty that she did well twice. Don corrects her, calls her “Jacqueline Kennedy Onassis,” which means this episode is taking place somewhere between October 20, 1968, the day she married Onassis, and Election Day.

What’s poignant about this scene with Don and Betty on the phone is how innocent Betty seems given what the audience knows about Don and Sally. This innocence plays out through the episode, and has me thinking that Betty is going to find about about Sally seeing Don with Sylvia in the season finale. But this being “Mad Men,” anything can happen.

Megan comes home from work and suggests Don and she get out. They go see “Rosemary’s Baby,” where they bump into Peggy and Ted, who act awkward but explain that they have watched the movie because Peggy is basing their ad for St. Joseph’s Children’s aspirin on the closing scenes of “Rosemary’s Baby.” I don’t know how many of you have watched “Rosemary’s Baby” lately. I have, and I for one think Peggy’s idea to build an ad around the macabre ending seems totally ludicrous.

Back at the office, Ted and Peggy are shamelessly flirting their heads off, and Ted’s inflating the casting budget for St. Joseph’s without the client’s permission. Sunkist approaches Harry, who’s living in a hotel room in L.A., about doing TV work, even though Don had told Harry to tell Sunkist they were withdrawing from the bidding. The Sunkist campaign is so much higher than Ocean Spray’s, the firm has no choice but to go with Sunkist, which infuriates Ted given Don’s pledge to go with Ocean Spray over Sunkist. Don did abide by his agreement; Sunkist came around to TV after the fact, but Ted is not clear on that.

In another office showdown, Don sits in on a meeting with Joan, Ted and Peggy and an exec from St. Joseph’s, who is livid that Ted surprised them with a much higher than estimated casting budget. Which Don had called to St. Joseph’s attention when the casting call was taking place, when he realized Ted wasn’t disclosing everything he should have to the client.

Don saves face by telling the St. Joseph’s executive that the idea was Frank Gleason’s last. This, of course, is a fabrication, but saves face while sacrificing Peggy. The idea for the ad was hers, Ted thought it was so good that it might win a Clio. The executive is placated and, now that he can explain the increase to his higher-up’s, agrees to a higher budget. When all that remain are Don and Ted, Don tells him that his judgment’s impaired.

Earlier, Betty drives Sally to Miss Porter’s, where she’s going to do an overnight, have an interview and attend class. (What a difference a few decades makes. Getting into a school like Miss Porter’s after the academic school year has commenced? I don’t think so!) During her overnight visit, baited by her suitemates to do something for them, Sally produces boys — Glen, who goes to school at Hotchkiss, up the pike from Miss Porter’s, and a friend name Rolo. (Remember, one reason Betty wanted to move to Rye from Ossining was to keep Sally away from Glen!) Glen’s gotten handsome since we last saw him, in season five’s “Commissions and Fees,” the episode in which Sally gets her period and Don lets him drive his car back to Hotchkiss.

When they mention alcohol, Sally tells them she knows how to make a Tom Collins. Which is touching, since her father taught her that. Glen goes into a room with Sally’s suitemate, and when Rolo puts the move on her, Sally knocks on the door and implores Glen to help her, claiming that Rolo won’t leave her alone. Which is an exaggeration. Glen jumps Rolo and starts pummeling him, much to Sally’s delight.

The next afternoon, Betty drives Sally home and lets Sally know that Miss Porter’s has accepted her. Sally lights her mother’s cigarette, and Betty lets her have one, too. This completes the circle of Don letting Glen drive back to Hotchkiss. The scene also reinforces how happy Betty seems, that Sally is going to Miss Porter’s, in her ignorance of what drove Sally to want to board.

Then there’s Bob Benson. Finally, we know what’s up with the character who launched a thousand conspiracy theories. Ken redefines his role on the Chevy account after being shot, yes shot, while out with two GM execs. Pete offers to be the account point person, and travel to Detroit with Ken working on the account from New York. Bob Benson is also asked to work on the account, much to Pete’s chagrin. Pete is not interested in traveling with Bob after Bob’s declaration of, well, of admiration in the last episode. Pete calls Duck, who’s now a headhunter, and asks him to send some leads Bob Benson’s way. Duck calls Pete and tells him that none of his references or credentials check out.

That’s right, Bob Benson is a fraud. He’s from West Virginia. He didn’t go to Beloit, and probably not Wharton, either. He worked at Brown Brothers Harriman, but not in finance. He was an executive’s manservant for three years. This reinvention is not on the same order of Don Draper — Bob Benson seems to have invented a story about himself, using his birth name, not someone else’s.

Pete lets Bob know he knows, but tells him he won’t challenge it. Pete does tell Bob to keep his distance. So, the useful information, as Duck describes it, allows Pete to define their working relationship. Looking back, I think the biggest clue about Bob Benson was not a blue blood third-generation Brown Brothers veteran was when he agreed to get toilet paper for Pete earlier in the season. That level of groveling crossed a line, and I was so bemused by Bob’s earnestness that it didn’t occur to me.

The episode closes with Don in a fetal position, this time on the sofa in this office. Peggy has just called him a monster. Peggy was wrong to do that. She should be mad at Ted, not Don, for bungling her chances with St. Joseph by withholding the budget increases. Her judgment’s impaired, too. Ted put the agency in a bad spot, the St. Joseph’s executive had explaining to do. Tough beans, Peggy.

I can’t begin to guess what the season finale holds. Except that it will involve evening gowns and tuxedos.

What do people think? Let the speculation begin and leave comments below!