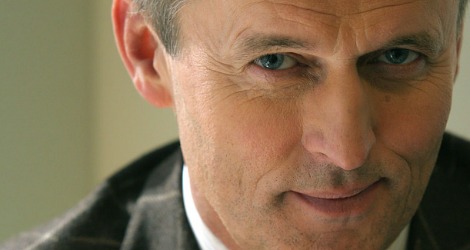 A stage adaptation by Rupert Holmes of John Grisham’s best-selling court drama “A Time to Kill” will open on Broadway on October 20, 2013 at the John Golden Theater. This will be the first-ever Grisham work ever adapted for the stage.

Ethan McSweeny (Gore Vidal’s “The Best Man”) will direct, with previews beginning September 28. Additional information, including the complete casting and creative team, will be announced shortly.

“For almost a quarter of a century, “A Time to Kill” has captivated readers with its raw exploration of race, retribution and justice,” said the humble John Grisham in a statement. “It was my first book and the first that I have allowed to be adapted for the theatre.  Rupert Holmes did an excellent job of translating it from the page to the stage, and I am happy that not only my loyal readers, but a whole new audience will be able to experience this story in live theatre. I am looking forward to opening night on Broadway!”

The courtroom drama tells the story of a young, idealistic lawyer who defends a black man for taking the law into his own hands following an unspeakable crime committed against his young daughter.  Their small Mississippi town is thrown into upheaval as the defense attorney finds himself pitted against the formidable district attorney, Rufus Buckley, and under attack from both sides of a racially divided city.

Grisham is one of the best-selling authors of all time, having written some of the most popular legal thrillers in the history of publishing, beginning in 1988 with “A Time to Kill.” Since then, he has written a novel a year, amassing 275 million books in print worldwide, which have been translated into 40 languages. Nine of his novels — “The Firm,” “The Pelican Brief,” “The Client,” “A Time to Kill,” “The Rainmaker,” “The Chamber,” “A Painted House,” “The Runaway Jury,”  and “Skipping Christmas” — have been turned into film, as well as an original screenplay, “The Gingerbread Man.”

Long before his name became synonymous with the modern legal thriller, Grisham was working 60 to 70 hours a week at a small Southaven, Mississippi, law practice, squeezing in time before going to the office and during courtroom recesses to work on his hobby — writing his first novel.

Born on February 8, 1955 in Jonesboro, Arkansas, to a construction worker and a homemaker, Grisham as a child dreamed of being a professional baseball player. Realizing he didn’t have the right stuff for a pro career, he shifted gears and majored in accounting at Mississippi State University. After graduating from law school at Ole Miss in 1981, he went on to practice law for nearly a decade in Southaven, specializing in criminal defense and personal injury litigation. In 1983, he was elected to the state House of Representatives and served until 1990.

Tickets for “A Time to Kill” go on sale in early July, date to be announced. For additional information, visit the official Web site beginning June 26, 2013.