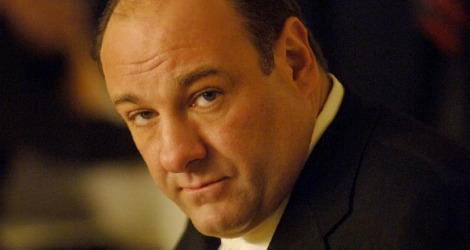 Deadline.com is reporting that James Gandolfini died suddenly in Italy after a suspected heart attack. He was 51.

I’ll post more info as I have it, but of course, Gandolfini is best known for his portrayal of mob boss Tony Soprano on the HBO series, “The Sopranos,” which ran from 1999 to 2007.

Great show. Great actor. What a shock to learn of his passing.

HBO has sent out a statement regarding the death of James Gandolfini, star of HBO’s “The Sopranos,” who died of a possible heart attack while on holiday in Rome. He was in Italy to attend the 59th Taormina Film Festival in Sicily, and was scheduled to participate in a festival event this weekend with Italian director Gabriele Muccino.

“We’re all in shock and feeling immeasurable sadness at the loss of a beloved member of our family,” HBO said in the statement. “He was special man, a great talent, but more importantly a gentle and loving person who treated everyone no matter their title or position with equal respect. He touched so many of us over the years with his humor, his warmth and his humility. Our hearts go out to his wife and children during this terrible time. He will be deeply missed by all of us.”

Gandolfini, the burly man with a booming voice, had recently filmed “Criminal Justice” for HBO, which had received a limited series order.

Gandolfini won three Emmys for playing Tony Soprano, a beleaguered mob boss with mom issues. The actor specialized in playing intimidating guys whose big frames concealed generous hearts — a character who, by all accounts, was as far as you can get from Gandolfini himself. He said once he compared himself more to Woody Allen than the characters he was known for playing.

As Tony Soprano, Gandolfini helped to usher in a new age of television, along with a charming character people sympathized with, despite his bad deeds.

“The Sopranos” is arguably one of the best shows to ever air on TV, one that opened the doors for other shows like HBO’s “The Wire” and AMC’s “Mad Men” and “Breaking Bad.”

One of his first roles was playing the sympathetic wiseguy in “True Romance,” written by Quentin Tarantino. He also showed his gentle side in “Where the Wild Things Are,” playing wild thing Carol as a depressed middle-aged malcontent, and recently played former CIA director Leon Panetta in “Zero Dark Thirty.”

Gandolfini’s managers Mark Armstrong and Nancy Sanders issued this statement: “It is with immense sorrow that we report our client James Gandolfini passed away today while on holiday in Rome, Italy. Our hearts are shattered and we will miss him deeply. He and his family were part of our family for many years and we are all grieving.”

The Twittersphere immediately reacted to his death:

Jerry Ferrara
Rip James Gandolfini. One of the greatest actors of our generation.

Olivia Wilde
James Gandolfini was a kind, funny, wonderful guy. I’m so lucky to have worked with him. Sending love to his family. Such a sad, sad day.

Ewan McGregor
Jesus. The world just lost one of its great actors. James Gandolfini has passed away. Thoughts to his family. Such a talent. I’m saddened.

Christina Applegate
I am so deeply saddened by the untimely passing of sweet James Gandolfini! My heart is broken for his family!! I’m in shock

Jonah Hill
I’m truly heartbroken to hear that James Gandolfini has passed away. He is one of my all time favorite actors. Tragic loss.

Busy Phillips
So sad to hear about James Gandolfini. He was such an amazing actor and by all accounts a wonderful person. RIP.

Rose McGowan
I am heartbroken about James Gandolfini. He was a gentle giant and great man. I love this picture, I loved him.

Giuliana Rancic
Just heard James Gandolfini has died of a heart attack at the age of 51. So incredibly sad

Charisma Carpenter
Just heard about James Gandolfini… I am so sad to learn this news. Condolences to his family and friends. What a talent. : (

Carson Daly
SO SAD! PRAYING FOR HIS FAMILY- wow- Shocked by this news today…

Golden Globes (James won three for his role in “The Sopranos”)
James Gandolfini has died in Italy. Rest in Peace to a wonderful man and actor. You’ll be missed.

Artie Lange
You will be missed greatly James Gandolfini Maybe best actor ever on a tv series. Salute’

Lance Bass
So so so sad about James Gandolfini – 51 is way too young.

Lucy Hale
So sad to hear about James Gandolfini. RIP

Eric Balfour
RIP James Gandolfini… He was one of my idols, an amazing artist, and his work will be soarly missed!

Marlee Matlin
Shocked at reading about the untimely passing of James Gandolfini. A man of enormous talent. What shocking and sad news.

Josh Groban
Thank you James Gandolfini for some of the most brilliant tv moments of all time. So sad!!!

Damon Lindelof
James Gandolfini. You created an icon. And you cut to black way too abruptly. Thank you, and rest in peace.

Russell Simmons
Not tony soprano! Damn. Such a good guy and a great actor. James, rest in peace.

Wes Craven
Farewell to the great American actor James Gandolfini. I was a huge fan. My condolences to his family and his many fans.

Melissa Gorga
No… James Gandolfini one of my favorites. RIP. prayers to his family.

Pauly D
Wow RIP #JamesGandolfini !!!! My Favorite Show Of All Time The Sopranos , My Heart And Prayers Go Out To Your Loved Ones

Leah Remini
R.I.P James Gandolfini. My prayers to his family and friends. He will certainly be missed by us who loved watching him

Will Sasso
Saddened to hear that James Gandolfini has passed. He was as talented an actor as there ever was. I’ve met few people with as much presence.

Colton Haynes
So saddened to hear about the passing of one of my favorite actors, James Gandolfini. #RIPJamesGandolfini

Teresa Giudice
So sad to hear about James Gandolfini. My thoughts & prayers are with his wife & kids.

Rachelle Lefevre
Had the pleasure of seeing the funny, powerful, incredibly talented James Gandolfini on stage in “God of Carnage.” He’ll be truly missed.

John McCain
RIP James Gandolfini, one of the nicest guys I’ve ever met

Kristin Chenoweth
NO. Not James Gandolfini. He was in my top 5 favorite actors EVER. 🙁