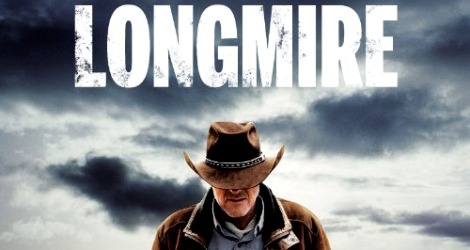 It’s that time again when those of us in the Television Critics Association toss in our choices for nominees in various categories. The awards are given out at the group’s summer press tour.

I’ve got some ideas, but am wondering who you guys would choose and why. Here are the categories and my thoughts:

Individual Achievement in Drama. Top choices are Jennifer Carpenter for “Dexter,” Joel Kinnaman for “The Killing,” Mireille Enos for “The Killing,” Bryan Cranston for “Breaking Bad,” Tatiana Maslany from “Orphan Black,” Elisabeth Moss from Sundance Channel’s “Top of the Lake,” Jon Hamm for “Mad Men,” Robert Taylor for “Longmire,” and Kevin Spacey for “House of Cards.”

Outstanding Achievement in News and Information. Top choices are “Anderson Cooper 360,” “America Live with Megyn Kelly,” and “The Five” on Fox News.

Outstanding Achievement in Reality Programming. Top choices are “Shark Tank,” “Pawn Stars” and my personal favorite, “Dual Survival” (though they should bring Dave back).

Outstanding Achievement in Youth Programming. “Adventure Time,” “Wild Kratts,” “The Legend of Korra” (which Kristen Gough wrote about here), “Star Wars: The Clone Wars,” and (if we can include teen shows, which I think we can) “The Vampire Diaries” and “Arrow.”

Outstanding Achievement in Movies, Miniseries and Specials. HBO’s “The Central Park Five” and Sundance Channel’s “Top of the Lake.”

Outstanding Achievement in Comedy. “The Big Bang Theory” (continues to be fresh and funny), “Modern Family” and “New Girl.”

Career Achievement Award. I like James Burrows for this. What an amazing career he’s had, starting with shows like “Laverne & Shirley,” “The Bob Newhart Show,” “Taxi,” “Frasier,” and “Cheers,” and staying relevant with shows like “Will & Grace” and “Mike & Molly.”

Heritage Award (given to programs at least five years old with a wide-ranging impact). I’m going with “General Hospital” on this, because it turned 50 this year and it’s better than ever. The show has not only managed to keep things chugging along for five decades, but it’s also kept the stories new and fresh, while paying homage to all the previous players and storylines. Good job, GH.

Program of the Year. “House of Cards”? It’s not exactly TV, per se, but I think we’re including Netflix in the mix, and it certainly stirred things up. Also, possibly “Game of Thrones” (though I’ve got some thoughts on this I’ll relay in a different piece), “Homeland,” and “Breaking Bad.”

Your turn! Help me out, dear readers! What are your choices in the above categories? Like mine? Got different ones?