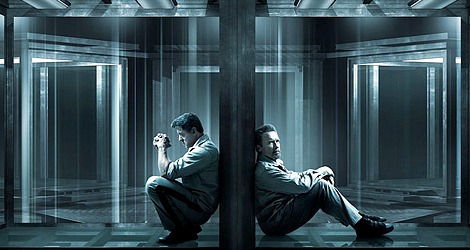 Last summer, I heard about a new prison escape thriller called “The Tomb,” starring Arnold Schwarzenegger and Sylvester Stallone. Since then, the film from director Mikael Håfström (“1408,” “The Rite”) has been re-titled “Escape Plan” and now has a poster with Sly and Arnold back to back in what the tagline touts as “the most secure prison ever built.” With those two as leads, it sounds like a fun heist-type thriller. Ray Breslin (Sylvester Stallone), the world’s foremost authority on structural security, agrees to take on one last job: breaking out of an ultra-secret, high-tech facility called “The Tomb.” But when he is wrongly imprisoned, he must recruit fellow inmate Emil Rottmayer (Arnold Schwarzenegger) to help devise a daring, nearly impossible plan to escape from the most protected and fortified prison ever built.