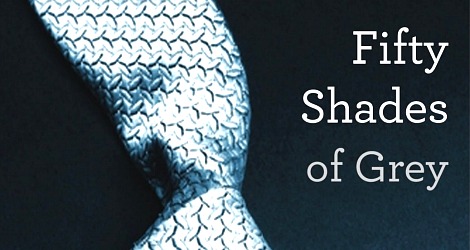 No one’s been cast in the main roles of Christian Grey and Anastasia Steele, but there’s certainly been lots of speculation. Author James was recently spotted at the massive “Great Gatsby”-themed birthday party Robert Pattinson threw at his Los Angeles home in honor of friend Nick Jarecki, fueling rumors that Pattinson might grab the lead role. “Fifty Shades” DID start out as “Twilight” fan fiction, after all.

Sam Taylor-Johnson is directing the movie with Dana Brunetti and Michael De Luca set to produce. Taylor-Johnson (she’s a female, by the way) directed “Nowhere Boy,” the John Lennon biopic that came out in 2009.

When literature student Anastasia Steele goes to interview young entrepreneur Christian Grey, she encounters a man who is beautiful, brilliant, and intimidating. The unworldly, innocent Ana is startled to realize she wants this man and, despite his enigmatic reserve, finds she is desperate to get close to him. Unable to resist Ana’s quiet beauty, wit, and independent spirit, Grey admits he wants her, too — but on his own terms.