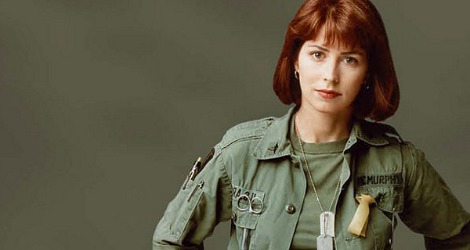 It’s hard to believe that “China Beach” went off the air 25 years ago, but even harder to believe it took that long to get onto DVD. It was all about the song rights.

The box set is now available for a cool $275 from TimeLife or $375 from Amazon. The series includes 62 episodes and over 300 songs (those darn, wonderful songs!). The songs were so important to the show, including the song that played over the opening credits — “Reflections,” by Diana Ross and The Supremes. You can’t get any better than that!

“China Beach” aired from April 26, 1988 to July 22, 1991. It was one of those shows that should have gone for ten seasons … it was that good. I am still surprised it didn’t have the viewership. In my humble opinion, it was arguably one of the best television series ever written. Maybe the timing was wrong for it? I don’t know.

For those of you who never saw it, “China Beach” told the story of the 510 Evacuation Hospital and R & R at an American Army Base in Vietnam. The series focused not so much on the war itself, but the nurses, doctors, soldiers, and entertainers at the base, and all of the horrors of war, the stress of their jobs, and the friendships they made.

What turned out to be one of the best and most liked storylines was the unlikely friendship that developed between the “All American” and wholesome — but opinionated and caring — First Lieutenant Army Nurse Colleen McMurphy (Dana Delany) and the tough and guarded prostitute/business woman, K.C. Koloski (Marg Helgenberger). There was a great chemistry (meaning friendship) between these two woman, and that friendship was one of the most intriguing storylines of the series. There were many wonderful, heartbreaking, frightning, and moving episodes. I really am excited that they are now available for everyone to see again, or to see for the first time.  Either way, it will be a real treat!

As a side note, Dana Delany and Marg Helgenberger (who’ve both had successful careers since “China Beach”), are available for a new series or project. Wouldn’t it be fun to see them work together again? Just saying…

Did you watch “China Beach” when it first aired on TV? Are you excited about the DVD release? Please leave us your comments below.