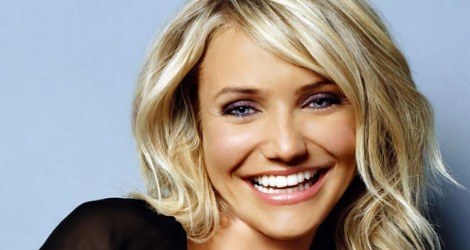 I’m not totally sure this is great news. I love Cameron Diaz, but can she sing? That’s what people are buzzing about after hearing the news that she’s joining the cast of the film adaptation of “Annie,” playing the cantankerous orphanage matron Miss Hannigan.

Sandra Bullock was in early talks for the role, but opted to pass on it. I’m not totally sure I could see her in the role either.

Will Smith and Jay-Z are producing the film, with Jamie Foxx playing a Daddy Warbucks-like billionaire and Quvenzhané Wallis playing Annie. At nine years old, she became the youngest Best Actress Oscar nominee for her work in “Beasts of the Southern Wild.” She’s a great choice, and no doubt she’ll bring it.

Smith’s daughter, Willow Smith, was originally attached to star as the lead, but the actress exited the project after she reportedly would have been too old — at 12 — to play Annie by the time the movie was set to roll. And word has it she just wanted to be 12.

The character of Miss Hannigan was played by Carol Burnett in the original 1982 big-screen version of “Annie,” directed by John Huston. For the upcoming version, “Easy A” helmer Will Gluck will direct.

The timing for a movie is great, since the musical recently graced Broadway in a lavish revival that’s become a critical and commercial hit, with “Glee’s” Jane Lynch starring as Miss Hannigan in what The Hollywood Reporter called “an entertaining Broadway debut.” Read Melanie Votaw’s report on the Tony Awards, in which there were “little girls” everywhere.

This will be Diaz’s first musical role onscreen, unless you count that awkwardly glorious karaoke performance in 1997’s “My Best Friend’s Wedding.”

What are your thoughts on this news? Think Diaz can pull it off? Oh the pressure! Who would you cast in the role instead?