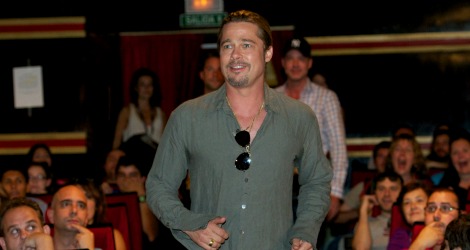 Told ya Brad Pitt was globe-hopping to promote “World War Z” (which I saw last night and loved – stay tuned for review).

Two days ago he was in Moscow. Yesterday he was in Madrid. Here’s the picture to prove it. I especially love the female fan in the lower left of the photo. That’s how I’d be.

I dunno, though. He’s been holding up pretty well, but might be starting to look a teensy bit worn out.