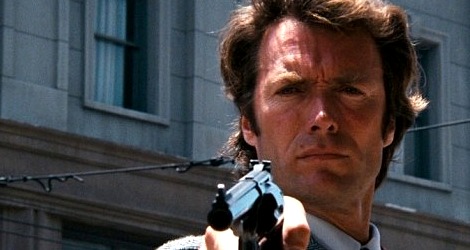 Can we all agree that Clint Eastwood is one of the greatest actors, producers, writers, directors and soundtrack scorers of our generation? I think we can.

If you’re a fan — and who isn’t? — consider investing in the “Clint Eastwood: 20-Film Collection” released on blu-ray from Warner Home Video on June 4, 2013.

While I don’t know that there’s a particular theme to this box set, it’s a great collection of films from a variety of decades and genres. The 20 films include:

Note that the films are a mix of Eastwood in front of the camera as an actor, as well as behind the camera as a director, writer and/or producer. He appears in 15 of these films, and I believe a few of them have never been included in previous box sets, including “Gran Torino,” “Hereafter,” “J. Edgar,” “Invictus,” and “Trouble with the Curve.” It’s interesting, though, that while the set includes “Letters From Iwo Jima,” it doesn’t include the companion film “Flags of Our Fathers.” Also interesting is that none of the early Sergio Leone westerns are included. With such a wide array of films, you’d think they would include at least one of those, preferably “The Good, the Bad and the Ugly.”

Also included in the set is an excerpt of the book “Clint Eastwood: Master Filmmaker at Work,” a 48-page sampler of the book, which is 240 pages in total. Why they just didn’t include the whole book, I’m not sure. Maybe because of space issues.

The box set is packaged in book-style, with discs inserted into slots on the pages, making the discs less secure and more apt to scratch than if they each had their own cover.

At $90 (at this writing), the price tag is somewhat steep, but all in all, this is a nice set that includes a diverse assortment of Clint Eastwood films, and one that any fan or collector would want for their collection.