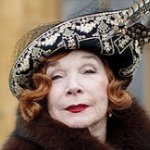 Sometimes the years just fly by. And sometimes they take an eternity to get from here to there. Usually when we’re waiting for something cool to happen, like perhaps the third season of Downton Abbey, which doesn’t hit the airwaves until Jan. 6, 2013.

Crikeys, I may just have to watch the entirety of seasons one and two again this fall, just to energize myself for the return of that dysfunctional Crawley family and their dysfunctional servants.

Waiting for Downton Abbey? Check Out These Five Costume Dramas

Last season closed with the reluctant heir to Downton, Matthew Crawley (Dan Stevens), recovered from his war wounds and ready to tie the knot with the eldest of Lord and Lady Grantham’s daughters, Lady Mary (Michelle Dockery). Finally! Took them long enough to get there.

Meanwhile, Mary’s youngest sister, Sybil (Jessica Brown-Findlay), has eloped to Ireland with the political-minded chauffeur, Branson (Allen Leech), and is expecting a child.

And, of course, poor Mr. Bates (Brendan Coyle) is rotting in prison, on trial for killing his ex-wife, leaving his new wife Anna (Joanne Froggatt) with an uncertain future (though God love her for standing by her man).

What’s ahead in season three? Downton’s impeccable butler, Carson (Jim Carter), breaks in a new footman, who happens to be the nephew of the scheming lady’s maid O’Brien (Siobhan Finneran).

Following Matthew and Mary’s engagement, Robert sticks to his duty to maintain Downton more firmly than ever — even as other great houses are crippled psychologically and financially in the wake of World War I.