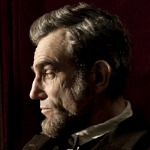 In some future generation when people look back at the film industry, they’ll no doubt say that Daniel Day-Lewis was one of the best actors of our time.

What do you think of the poster? Clearly, Daniel Day-Lewis IS Abraham Lincoln. The movie hits theaters Nov. 16, 2012.