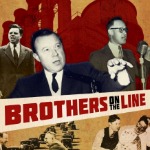 Labor Day is fast approaching, and it’s the perfect time to watch a union movie and say thank you to someone whose work you truly appreciate. You know who they are: teachers, firemen, nurses, factory workers, and many others. You could probably send a hundred thank-yous and still not cover everyone in your close network, but the AFL-CIO has an easy way to do that on their Web site.

If you’re like me, you probably think of Labor Day as a time to dig out the sweatshirts, get the kids back in school, and return to fall routines. But the true significance of Labor Day harks back to the creation of the labor movement and its dedication to the social and economic achievements of American workers.

The AFL-CIO honors Labor Day’s original intent by recognizing all those hard-working people, and let’s face it, that work ethic is what America was founded on. Hard work not only connects us all one way or another, but it keeps our country chugging happily along.

As for a great union movie, I’ve got plenty of suggestions, but here are three that top the list. All of these were featured at the Traverse City Film Festival.

We Are Wisconsin. I just saw this at the festival a few weeks ago and also had a chance to talk with some of the filmmakers, which I’ll post in a separate story. As a Michigander, I’m so proud of our neighbors across Lake Michigan for standing their ground and fighting the good fight.

Directed by Amie Williams, the film follows a social worker, a high school teacher, a college student, a retired nurse, an electrician and a police officer as they fight to maintain their jobs during the historic 18 days of protests on the steps of Wisconsin’s State Capital. These are folks living and working in Wisconsin, but they could be any one of us, our friends, family and neighbors. Brothers on the Line. This documentary tells the story of the Reuther brothers — Walter, Roy, and Victor — who devoted their lives to the fight for social justice, forever changing the course of labor relations in the U.S.

Key figures in the creation of the United Auto Workers (Walter would go on to serve as UAW President for almost 30 years) and in ending the Big Three auto companies’ oppressive treatment of employees, the Reuthers gave a voice to the little guys: a voice corporate interests tried to silence at any cost.

Time Magazine cover boys and unrelenting social advocates, their legacy continues to resonate as the workforce faces a new set of challenges. Another film that makes me proud to be a Michigander, it’s narrated by Martin Sheen and directed by Victor’s grandson, Sasha Reuther. Inspiring and moving, Brothers on the Line shows that activism really can start at home. The AFL-CIO posted about the film here.

Made in Dagenham. It was so cool to see the actual “women of Dagenham” in person when this film screened at the Traverse City Film Festival in 2011. Vera Sime, Sheila Douglas and Gwen Davis participated in a Q&A following the film and talked about working in deplorable conditions with grueling hours at the Ford Motor plant in Dagenham, England.

After being reclassified as unskilled laborers and discovering they were paid only a fraction of what their male counterparts earned, these women had HAD ENOUGH.

Encouraged by their union representative (played by Bob Hoskins) to fight for what they knew was right, the women, led by Rita O’Grady (Sally Hawkins), stood up to the misogynistic corporate bosses, a stubborn and unsupportive community, and eventually the national government. [amazon_link id=”B003UESJFQ” target=”_blank” container=”” container_class=”” ]Buy Made in Dagenham[/amazon_link].

Based on true events that were the impetus for the British Equal Pay Act (legislation that would impact labor laws worldwide), this uplifting social drama gives new meaning to the term “girl power.” Just writing about Made in Dagenham makes me want to stand on a table with a “union” sign like Sally Field did in Norman Rae.

Got a favorite union movie? Tell us in the comments below.

Then take a moment to send a thank you card to someone whose work you appreciate!