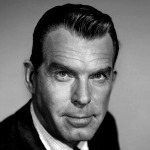 Gosh, we’ve lost a lot of good people over the past few weeks. First Nora Ephron, then Don Grady — Robbie from My Three Sons (one of my favorite shows ever) — then Andy Griffith and now Ernest Borgnine. Stop the madness! I can’t take it!

Watching all these people pass from our world into the next makes me nostalgic for the days before cell phones and Twitter and the Information Super Highway. When kids played outside and only came in for mealtimes and to sleep (and most summer nights you’d find me in my sleeping bag out in the yard).

When moms baked pies and pork chops, and dads came home from work and read the newspaper before dinner. Sounds like a classic TV show, doesn’t it? But that’s what life was like at my house growing up in Old Mission, Michigan.

But as my husband likes to remind me, when My Three Sons and Father Knows Best were airing on TV, there was a war raging on the other side of the planet, and a few wars right here at home. It’s like the TV networks refused to acknowledge that the world was in turmoil and instead fed us a steady diet of shows where everything was perfect.

Even shows where everything wasn’t perfect — the Douglas boys lost their mom, after all —  you still got the feeling that the house was bubbling with joy and Uncle Charlie’s home-made chicken noodle soup. No one even seemed to notice that older brother Mike got married and then vanished from the family!

Now with our 24/7 news channels, nothing escapes us. We’re constantly clued into every war, every terrorist act, every celebrity death, every move anyone famous makes. If we have the radio or TV on, that is. I know some people who take “news breaks,” and that’s probably a good thing.

Are we better off with our 24/7 news channels? Is it better to know about all the turmoil in the world, or would you rather watch Andy and Opie go fishing, then come home to Aunt Bee’s freshly-made chocolate cake?