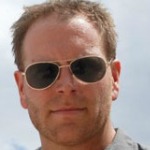 Starting its fifth season on July 10, Destination Truth is a show on Syfy that features a crew of intrepid investigators and their search for the truth. They accomplish this by getting lost in the woods and falling in rivers. Adventure has really fallen a long way from times past.

Destination Truth is about paranormal researcher Josh Gates going on quests with his crew of unpaid college interns. This is one of those shows like Ghost Hunters and Paranormal State where “experts” go out there and battle Halloween characters. Our heroes are out to prove the existence of supposedly mythical creates like Bigfoot, vampires, and polite fans at a Philadelphia sporting event.

Essentially, the premise of shows like this is fully grown adults take ghost stories intended to frighten small children completely at face value. I got to watch the first episode of Destination Truth’s upcoming season, and I must admit I was entertained, just not in the way the show had intended.

The first episode of season five will have Josh and the crew flying to Vietnam and hunting the Batutut, a Vietnamese Sasquatch. The first half of the episode watches like a Travel Channel expose on Vietnam. The second half of the episode is like watching a very badly directed horror movie.

Despite the scientific fact that all apes are diurnal, the truth seekers wait until nightfall to go hunting for a Sasquatch. Their hunt mostly consists of shaking the cameras erratically for no reason and pretending to be scared of the production crew making noises in the woods off-screen. Sadly, nobody is mauled to death by a Sasquatch. Despite being in a tropical forest, none of the crew is even once bitten by a mosquito.

If you couldn’t tell by now, I am not the target demographic for shows like Destination Truth that actively encourage conspiracy theories and pseudoscience. However, I would still recommend watching this show with some friends for unintentional comedy. You could even play a drinking game and take shots every time a character says “What was that?” or “Did you hear that noise?” You will be heavily intoxicated by the second commercial break.

Perhaps you will get more out of Destination Truth than I did. Tune in to Syfy at 8 p.m. on July 10 and experience it for yourself. It might even turn you into a “believer.”