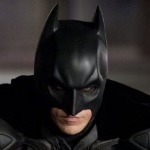 After years of waiting, Batman has finally come back out of the cave to deliver the last movie in Christopher Nolan’s directorial trilogy. The hype surrounding The Dark Knight Rises rose to heights even the most daring of bats wouldn’t attempt to fly. Was it worth the wait? Is this the Batman film fans would consider the best ever? I’m not jumping to a quick “Yes” to either question.

The Dark Knight Rises takes place eight years after the end of The Dark Knight. If you’ve never seen The Dark Knight, minimize this review and go watch it. I hear that movie’s Joker was pretty good. After the events of that film, Commissioner Gordon (Gary Oldman) is presiding over a new draconian police force, and Batman has become a legend. Gotham City is doing fine without any bats until a ruthless mercenary named Bane (Tom Hardy) starts raising hell. With no other options, Bruce Wayne (Christian Bale) is forced to come out of retirement and sign a one-year deal with the Minnesota Vikings. Or become Batman again. It is one of those two.

Gunman Kills 12 at Midnight Showing of The Dark Knight Rises

I liked a lot of things about this movie. The music, cinematography, acting, and visual effects are all outstanding. Gary Oldman once again delivers a captivating performance as Commissioner Gordon. Anne Hathaway also does a great job at not being a stereotype female character in a superhero film. Christian Bale is a great Bruce Wayne, and his Batman voice is still hilariously unnecessary.

With that out of the way, it is time to talk about what isn’t so good in the movie. In the comics, Bane is a towering mountain of uncontrollable Spanish fury. In The Dark Knight Rises, he is 5’10” with a weird British accent and a gas mask. I don’t mind Nolan’s new spin on the character, but Bane’s whole gimmick was being huge. Taking that away, the character really isn’t all that interesting. Still, I don’t think Tom Hardy did a bad job, but it is nowhere near Heath Ledger’s now legendary “hobo Joker” performance.

If your villain isn’t strong, the rest of the film better bring the heat. Unfortunately, it fails to do so fast enough to be effective. This already long film starts painfully slowly. It takes forever for the other characters to nag Bruce Wayne out of his new isolated hermit lifestyle. Every character finds the time to pester Wayne endlessly about everything. Catwoman even finds the time to give Wayne (and us) an awkward rant about how rich people don’t care about the plight of the poor. Why am I watching a social commentary? Where’s Batman?

“Where’s Batman?” is a question you will be constantly asking during the movie. It takes at least an hour for Christian Bale to finally put on the suit. It will be another 45 minutes before he puts it on again. I said Christian Bale is a good Bruce Wayne, but this movie went overboard. There is more Wayne than Batman. The other characters get even more screen time than Bruce Wayne or Batman.

Colorado Shooting: Ten Tips for Staying Safe at the Theater

Joseph Gordon-Levitt plays a random cop named John Blake. Gordon-Levitt fits in pretty well, but he mysteriously becomes the main character for long stretches of the film. He becomes our link between Batman and Commissioner Gordon and serves as the most relatable character for members of the audience who didn’t see the other movies. At the very end of the film, it is shockingly revealed why this random police officer was important enough to focus on this whole time. By then, I really didn’t care.

The plot of the film is pretty bland, but Nolan still manages to make it convoluted anyway. We jump from character to character at a moment’s notice, and our only chance at making sense of what is going on is lost in Bane’s garbled speech through a mask. The film has a big twist that will rock the audience, and everyone will drown in a sea of gasps. This twist, however, assumes the audience knows absolutely nothing about Batman. If you do, you will see it coming a mile away, and it will totally ruin the surprise. It did for me.

I think it is safe to say that The Dark Knight is still the best Batman film out there. The Dark Knight Rises is not a bad movie, but it’s not a fantastic movie either. I enjoyed watching it, but I’m not eagerly anticipating the DVD release. The movie did give me something to look forward to, though. Hopefully, you get the Man of Steel trailer at your showing like I did (though see why Jane thinks it’s confusing). It easily makes the bad parts of The Dark Knight Rises easier to forget.