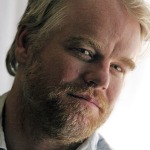 Color me excited. Philip Seymour Hoffman has officially joined the cast of The Hunger Games sequel Catching Fire as Plutarch Heavensbee, head gamemaker for the Hunger Games — a role played by Wes Bentley in the first film.

Hoffman is another one of those actors with a huge range. He recently ended a limited run in Mike Nichols’ revival of Arthur Miller’s Death of a Salesman on Broadway, for which he received a Tony Award nomination. He next appears on the big screen in The Master and A Late Quartet.

Based on the book by Suzanne Collins, The Hunger Games: Catching Fire continues the story of Katniss Everdeen (Jennifer Lawrence), who returns home after winning the 74th annual Hunger Games along with “baker boy” Peeta Mellark (Josh Hutcherson). Katniss senses that a rebellion is simmering, but the Capitol is very much in control as President Snow (Donald Sutherland) prepares for the 75th annual Games (known as the Quarter Quell).

In The Hunger Games, during Katniss’ private session with the Gamemakers, she gets peeved that everyone is ignoring her and shoots an arrow into the roasted pig’s mouth, knocking Plutarch backwards into a punch bowl. After the games, Seneca Crane is executed, and Plutarch is appointed as the new Head Gamemaker.

In Catching Fire, Plutarch is revealed to be the leader of the rebellion and comes to the Clock Arena in a hovercraft to save Katniss, Finnick and Beetee after a plan of his making removes the Capitol force field. For several years, he’s been involved in an undercover group aiming to overthrow the Capitol.

I can totally see Philip Seymour Hoffman as Plutarch — a person everyone thinks is one thing who turns out to be someone completely different. Then again, he can basically play any character, as evidenced by his diverse list of credits, including Truman Capote in Capote, Father Flynn in Doubt, and Paul Zara in The Ides of March.

Francis Lawrence will direct Catching Fire, and it will be interesting to see what he does with the story. I’m hoping he brings the grittiness of his [amazon_link id=”B0013FBS20″ target=”_blank” container=”” container_class=”” ]I Am Legend[/amazon_link], combined with the heart of Water for Elephants.

Lionsgate is eyeing a September start on production, with a Nov. 22, 2013 theatrical release. Jena Malone was recently offered the key role of Johanna Mason.