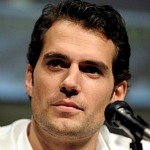 According to director Zack Snyder, his Superman in Man of Steel won’t be a big blue boy scout. At least, that’s what he told the fans at Comic-Con this past week, and what the fans are saying based on the footage Snyder debuted. Maybe it’s because Christopher Nolan is the producer, and the combo of him and Snyder is just, well, dark. See? Dark… With new Superman Henry Cavill in tow, Snyder unleashed a bunch of clips that had Twitter smoking hot: footage of Smallville and the Kent farmhouse; Clark Kent as a teen saving a bus full of kids; a bearded Clark trudging down a snowy road; a conversation between Superman and Jor-El (Russell Crowe!); Superman flying, facing off against the military, and being led away in handcuffs after saving a falling guy; Papa Kent (Kevin Costner!) telling him the world fears what it doesn’t understand; and Clark with his entire body on fire!

There were also glimpses of Amy Adams (!) as Lois Lane and Michael Shannon as General Zod. Snyder wouldn’t confirm him as the villain, but you know what? He’s the villain. Whether Man of Steel will lead to a Justice League film a la The Avengers is anyone’s guess. But take what you will from this comment from Snyder: “Superman is the jewel in the DC crown. What we’re trying to do is to get his house in order, and then we’ll see what happens.”

So the answer is: Yes, of COURSE there will be a Justice League movie! How could there NOT be one, especially with all the furor over the Man of Steel coverage at Comic-Con? These people know how to work the buzz factory…

While the rest of us will have to wait to see that footage, just visualize Russell Crowe as Superman’s father Jor-El. The trailer opens on the Kent family farm in Kansas with nostalgic shots of an overturned child’s toy wagon and what appears to be a young Clark Kent running through the yard with a homemade red cape on his back.

“What if a child dreamed of becoming something other than society intended?” asks Crowe’s voiceover. “What if he aspired to be something greater?”

And Kevin Costner, who plays Kent’s earthly father, saying as a now-grown Superman flies through the sky, “It’s not from this world Clark, and neither are you. You have to decide what kind of man you want to be … whether his character is good or bad, he’s going to change the world.”