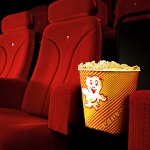 I bought my ticket and found my way to the theater where The Dark Knight Rises was showing. After the tragic shooting in Aurora, Colorado at a midnight screening, I had some reservations about seeing the movie this weekend. Especially with all the talk about copycat shooters and such. You don’t like to think it will happen where you live, and yet, it could happen anywhere. We all know that. It just takes one unstable person to create havoc and tragedy, even in small town America.

The theater here in Traverse City, Michigan wasn’t crowded, which is odd considering this is the opening weekend of the most anticipated movie of the year. The manager said the crowds had been thin, but added that the weather was nice, so he couldn’t pin the lack of people directly on the shooting. Still, I’d talked with a lot of friends earlier in the day who said they’d decided to wait and see the movie later.

I’d also talked to several parents who decided against letting their kids go, even teenagers. Who knows if someone’s offhanded remark in a crowded theater might cause panic? When you see a tragedy unfold before your eyes on the news, a parent has to trust their instincts. I sat down in the theater and sized up the situation. It was about half full, mainly families and teenagers. Then a boy in his teens or early 20s came in wearing a backpack and sat down across the aisle from me. He seemed innocent enough as he stuffed the backpack and a motorcycle helmet into the seat next to him. He was alone. I kept my eye on him.

As a professional movie critic and syndicated columnist, I see an average of three to five theatrical releases every week. I wondered, is this what the future holds? Will I always be on high alert, scoping out the situation and sizing up everyone who comes into the theater? Maybe for a while, and that’s not all bad.

Here are ten tips for staying safe in the theater and other public places:

1. Sit in the back row, preferably on one side or the other. This not only gives you a clear view of everything — and everyone — in the theater, but it also gives you easy access to the door. While you don’t want to sink to paranoia, it’s good to be prepared in case something does happen.

2. Stay alert. No need to examine everyone up close and personal, but being aware of the possibilities is not a bad thing. I kept my eye on backpack boy, but still managed to enjoy the movie at the same time.

3. Use the buddy system. Because of the volume of films I see for my job, I almost always go alone. The movie theater is essentially my office away from home. But for the casual moviegoer, you’ll probably go with a friend or two. That’s a good thing, because more eyes means more awareness of the room and people. It’s also more fun to see a movie with a friend.

4. See movies early in the day. There’s no telling when a psychotic person might open fire in a crowded area, but safe to say it’s more likely to happen at a midnight screening than an afternoon matinee. Also, being out and about in the daylight might make you feel better and relieve some anxiety.

5. Keep your cell phone handy. It’s polite to stay off your cell phone during a movie. No one likes seeing that flash of blue screen in a dark theater. But keep your phone on and handy, in case you need to make an emergency call. Just keep the volume down so an incoming call won’t disrupt moviegoers.

6. Park your car in a well-lit space near the theater door. Whether it’s afternoon or evening, the less time you spend in a parking lot getting to your car, the better. Don’t park in deserted areas where you have to pass alleys, trees, and bushes that create hiding places for someone wanting to do you harm. Avoid parking garages, especially those with poor lighting. Another tip I learned in college: keep your car keys in your hand, with the keys nestled between your fingers and pointing out. If you need to punch someone, they’ll get a knuckle full of sharp keys in their face.

7. Use common sense. Whether you’re in a theater or a public space, no need to give a criminal extra incentive. Don’t wear expensive jewelry. Use a purse with a cross-body strap. Avoid ATM machines at night. And skip the headphones while out and about.

8. Establish an escape route. I’ve already covered sitting next to the theater door, but if someone approaches you in the parking lot, either walking or driving, keep a good distance between yourself and them.

9. Increase your distance from the shooter. If, God forbid, you find yourself in a situation with a gunman, get as far away from him or her as you can. If that’s not possible, get under a seat and don’t let them see you. “He’s looking for targets, and he can do a lot of damage in a few seconds,” says Ned Timmons, a security expert and former FBI agent. He adds that if you’re in a situation where you can put a locked door between you and the shooter, all the better.

10. Divert their attention. If you can’t run away, hide, or get behind a locked door, divert their attention. “If it’s your last resort and you’re in fear for your life, throw something at them or even attack them,” says Timmons. While I’m not sure I could bring myself to attack a person threatening me with a gun, knife or other weapon, I like the idea of distracting them enough to possibly run away.

What other tips can you give for staying safe in theaters and public places? Share with the class.