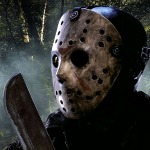 Chiller asks a very important question in their original special Can You Survive a Horror Movie?.  We always look down on a horror movie character’s questionable decisions, but could you or I really do any better? Chiller asks the question, but apparently doesn’t really want to answer it.

I recently saw a preview of this special and feel it is my duty to warn you about its horror. Chiller puts the everyman’s survival skills to the test with expert opinions on hypothetical scenarios. The three hosts of the show complete “survival challenges” to find out if they would survive. What starts as an intriguing premise quickly wanders into Boring Town.

The special has a good premise but flubs the execution. Rather than actually do something informative, the show instead has the hosts “compete” in uninspired versions of Fear Factor challenges. They even eat gross animal body parts at one point — a Fear Factor classic.

Can You Survive a Horror Movie? is really disappointing. It would be neat to see how many teenagers it would take to beat a serial killer if they all attacked at once. Or if the government would actually be able to fend off a zombie apocalypse. Or how quickly the killer shark in Jaws would have died if they just tossed some bad chum in that water.

If you can stomach some terrible puns and poor attempts at humor, tune in to Can You Survive a Horror Movie? and watch a tiny bit of actual speculation as the unlikeable hosts embarrass themselves while ripping off Fear Factor. Check the Chiller schedule to see when it airs over the next couple weeks.