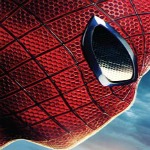 In a surprising act of admitting failure, the Hollywood big shots were as disgusted with Spider-Man 3 as the rest of the world and decided to put Spider-Man on ice for a while. Bursting with jealousy of The Avenger’s new roller coaster built entirely of money, Sony has brought Spider-Man back out for another go with their new film The Amazing Spider-Man. Parts of the movie live up to the film’s boastful adjective, but others manage just to be average.

The Amazing Spider-Man is shockingly about the story of Spider-Man. Peter Parker (Andrew Garfield) messes around in a lab and gets bitten by a radioactive spider and becomes Spider-Man. While dealing with spider puberty, Peter finds some old paperwork that belonged to his dad. He brings the paperwork to an old friend of the family’s, Dr. Curt Connors (Rhys Ifans). The paperwork eventually causes Dr. Connors to become The Lizard.

Peter takes several breaks from the interesting parts of the film to have a high school crush on Gwen Stacy (Emma Stone). Gwen is both the smartest student at Peter’s high school and looks like Emma Stone. Personally, I think that is much more amazing than a high school teen with mutant spider super powers. To complicate matters further, Gwen’s father George Stacy, played by Dennis Leary, is the captain of the police force and hates teenage spiders.

The entire story of the film can be summarized as “Spider-Man fights the Lizard while dating Gwen Stacy.” There are some twists and turns within that basic sentence but don’t watch this movie expecting an elaborate tale of love and loss. It highly resembles the story of Sam Raimi’s Spider-Man and visits many of the same issues dealt with in that movie.

I really like Andrew Garfield as Spider-Man. He’s athletic and able to execute the elaborate spider maneuvers perfectly. He fights with the perfect amount of teenage overconfidence, and his spider quips are both sassy and venomous. When Andrew Garfield puts on that mask, he becomes Spider-Man. His costume is also sleek and crafted with loving detail.

While Garfield makes an amazing Spider-Man, his Peter Parker is not nearly as good. Tobey Maguire was the ultimate Peter Parker. You could actually believe that he was the school nerd who lived with his aunt and uncle. I don’t believe for one second that Andrew Garfield would not be a popular kid. He is athletic, handsome, and suave right from the beginning of the film. I would say to just throw on that mask and never take it off.

Speaking of, I wish it didn’t take so long for him to actually put that mask on. Peter doesn’t get bitten by the spider until at least a half hour into the film. It takes another big chunk of high school shenanigans and romance until Spider-Man finally shows up in costume. The film takes forever to get to the good stuff, but thankfully, the stuff is really, really good.

The special effects and direction in this movie are top notch. The fight scenes are intense and beautifully choreographed. The Lizard looks frighteningly realistic, and Spider-Man uses the webbing as creatively as possible. The cinematography is fast and furious, but the action never gets too blurry or chaotic. Every second that Spider-Man and the Lizard are on screen together is beyond thrilling.

Denis Leary brings a skillful dramatic performance and plays Captain George Stacy perfectly. Martin Sheen is also a fantastic Uncle Ben, and the film even uses the man’s powerful voice as a key plot point. Emma Stone is a fine Gwen Stacy, but I am inherently biased against female leads in superhero films. I’ll explain what I mean by that and what my main issue with the film is.

When I watch a superhero film, I want to see Spider-Man or Batman or Thor beat up bad guys for two hours. If I wanted to watch a romantic comedy, I would watch Friends with Benefits or Twilight. That is why The Dark Knight and The Avengers are the best superhero films ever made. They give superhero fans exactly what we want to see without forcing us to watch something we don’t. The Amazing Spider-Man has way too much of the teen romance I don’t care about and too little of the action that I do.

The Amazing Spider-Man has great action and personality. It just takes way too long to get to it, and the film makes you eat through several layers of crust to get to the delicious pizza you paid for. While the film is a good watch, I still think you would be better off buying Sam Raimi’s version on DVD.