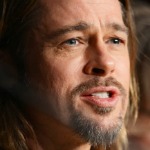 I included Thin Ice in Jane’s DVD Picks of the Week today, because 1) I love Greg Kinnear; and 2) it’s one of those quirky, Fargo-esque dramedies that’s so ridiculous you just have to believe it’s true. I love those.

Kinnear plays Mickey Prohaska, an insurance salesman in Kenosha, Wisconsin who drives a big Cadillac, is deep in debt, and estranged from the wife (Lea Thompson) he expropriated money from. In a twisty turn of events, Mickey is blackmailed by an unstable locksmith (Billy Crudup) in the theft of a rare violin that belongs to a retired farmer (Alan Arkin).

There were a few inconsistencies with the story that were explained at the end of the movie, but I happened to stumble across Roger Ebert’s review of the film, which clarified things. He had the same issues with the film that I did, and said he received a letter from Jill Sprecher, helmer with her sister Karen, who wrote this:

“The producers and distributor of our film completely re-edited it without me. Nearly 20 minutes were cut; the structure rearranged; out-takes used; voiceover and characters dropped; key plot points omitted; a new score added. Although our names contractually remain on the film, my sister and I do not consider ‘Thin Ice’ to be our work.”

Then last week’s Hollywood Reporter ran a story about all the troubles with Brad Pitt’s film World War Z, based on a best-selling Max Brooks novel about zombies in a postapocalyptic world. In January, Pitt told THR that he wanted to use the movie as a Trojan horse for sociopolitical problems. But the movie itself has been beset with problems.

Three weeks before shooting was to begin in June 2011, sources say Forster had not made critical decisions about what the zombies would look like and how they would move. “They just couldn’t get it right,” one insider says. “There was a lot of spinning of plates, a lot of talking. [But] they did not have a plan.”

Meanwhile, seasoned below-the-line talents were hired, then replaced, including line producer Colin Wilson (Avatar) and Oscar-winning effects man John Nelson (Gladiator). Cinematographer Robert Richardson, who has three Oscars, is said to have asked to leave the production on more than one occasion.

The movie’s release date was pushed back, which signaled problems for Paramount, as two other movies, Hansel and Gretel: Witch Hunters and G.I. Joe: Retaliation, were also shoved out of 2012, leaving the studio with few releases this year. It’s a trickle-down effect that touches thousands of people in the long run.

And there were other problems, including scheduling, limited shooting time, a soaring budget north of $170 million, crew replacements, even a Hungarian anti-terrorism unit that raided an airport warehouse and confiscated 85 fully functional automatic assault rifles that were to be used on the shoot. (The guns were not supposed to be operational, and it’s illegal to transport such weapons into the country.)

I guess it goes back to the question of who’s in charge? According to one insider on World War Z, “The director was not empowered. There was nobody that steered the ship. When you get [a director] who can’t do it all … you get a struggle as to whose is the singular voice.” Maybe Pitt should have directed it himself, in addition to producing it with his Plan B Entertainment.

Whether it’s a giant blockbuster like World War Z or a thoughtful film like Thin Ice, you have to think it must be a nightmare for the people who originally thought up the idea for the film and whose visions took a beating along the way.