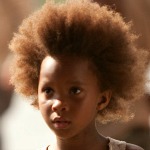 Editor’s Note: With the Traverse City Film Festival (@TCFF on Twitter) right around the corner, Movie Room Reviews‘ Zack Mandell takes a look at some of the best films to come out of the Sundance Film Festival (@SundanceFest).

With its theatrical premiere, the glowing reviews for Beasts of the Southern Wild (playing at the Traverse City Film Festival, July 31 – Aug. 5, 2012) have come flooding in. The score from film review aggregate website Rotten Tomatoes has fluctuated between the high 80s and the low 90s, which is truly remarkable. Some critics have even mentioned the sacred word “Oscar” in their reviews. Not bad for a modestly budgeted art-house fantasy flick that features no bankable stars.

It’s even more remarkable when you consider that the film is courtesy of a first time writer/director, 29-year-old Benh Zeitlin. Of course, there have been reviews floating around for Zeitlin’s film for a few months now, and the buzz has been enormous. Being a first-time filmmaker, Zeitlin made the wise decision to screen his film at the Sundance Film Festival back in January of this year.

The Sundance Film Festival, which is based in Utah and has been operating for more than 25 years, has long been a fertile ground for young, independent filmmakers. Some of today’s most well-renowned directors got their kick start here, including Paul Thomas Anderson, Steven Soderbergh and Quentin Tarantino. Who knows if Zeitlin will transform into one of these directors, but Beasts of the Southern Wild comes from a long tradition of sensational films to make their premiere at the Sundance Festival. Here are ten of the best.

Just like Paul Thomas Anderson, the other famous Anderson auteur, Wes, got his start here with this offbeat and wickedly funny 1996 comedy about a team of dunce thieves. Anderson’s signature style is on display here, but he would later flesh it to more masterful effect in films like [amazon_link id=”B0000640VJ” target=”_blank” container=”” container_class=”” ]The Royal Tenenbaums[/amazon_link] and the more recent Moonrise Kingdom.

Cool Link Alert: The Rushmore Academy, a site dedicated to the films of Wes Anderson.

The sole documentary on this list is also the most disturbing film on this list. Andrew Jarecki’s examination of an upper-middle class torn apart by allegations of child molestation is as riveting as it is unnerving. I can’t imagine myself ever sitting through it a second time, but that doesn’t mean the first time around wasn’t exhilarating.

This effervescent 2009 tale, about a precocious school girl who gets caught up in a whirlwind romance with an older man engaged in potentially nefarious activities, benefits mostly from a dazzling ensemble, led by Audrey Hepburnesque newcomer Carey Mulligan in the lead role. The script, penned by author Nick Hornby, is refreshing and clever.

In 2004, television star @ZachBraff made his first, and only, feature with this deeply heartfelt and personal tale about an unemployed actor who must return to his native New Jersey for the first time in a long, long time. Thanks to a stellar soundtrack and a wonderfully droll sense of humor, the comparisons many made to the seminal film The Graduate weren’t completely unmerited.

Sundance is typically filled with dramatic and intimate family dramas, so you really have to be special to stand out. Todd Fields’ expertly performed 2001 masterpiece, about parents in grief over the murder of their adult son, is that kind of special. Sissy Spacek and Tom Wilkinson play the parents, and elevate the material immensely.

This wonderful 2006 charmer, about a dysfunctional extended family embarking on an unconventional road trip to get a young girl to a child beauty pageant, was purchased at the festival for a record price. It made the money back for studio @FoxSearchlight and then some, mostly because audiences rightfully ate up this darkly hilarious and incredibly moving tale.

A lot of rookie directors like to take their ostensibly mind-bending tales to Sundance. None have created quite the stir that Christopher Nolan’s narrative in reverse, about an amnesiac in search of his wife’s murderer, did. Nolan is now one of the world’s elite filmmakers, producing behemoth pictures. But he knew how to do the small stuff as well, as evidenced by this 2001 gem.

As you have most likely been able to discern by now, this list is alphabetical. If it were ranked, this 1992 masterpiece from Quentin Tarantino would be at the top. QT’s gruesome, lively story about a bank heist gone wrong possesses all of the characteristics that make any of his films such a marvel: Witty dialogue, dark humor, stunning action and a killer soundtrack.

Debra Granik’s 2010 haunting gem is the most recent film on this list, and it is a riveting and suspenseful tale about a young woman in search of her meth dealing father in the grim Ozarks. Jennifer Lawrence, now star of the hugely lucrative The Hunger Games, delivers a smart, nuanced performance as the tough and fiercely dedicated protagonist.

This 2000 masterpiece, about a brother and sister reuniting after years, is not particularly complex. There are no stunning plot twists, and there is no flashy camerawork. What Kenneth Lonergan’s film does have going for it is two exemplary lead performances from Laura Linney and Mark Ruffalo, a big heart and smart, honest writing.

The Sundance Film Festival has long been a haven for smart, gritty filmmakers looking to produce challenging cinema. Let’s hope that never changes.

Zack Mandell is a movie enthusiast, owner of Movie Room Reviews, and reviewer of such films as Little Miss Sunshine. He writes extensively about the movie industry for sites such as Gossip Center, Yahoo, NowPublic, and Helium. Follow Zack on Twitter @movieroomreview.