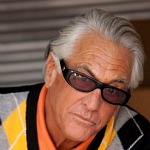 Who knew a little show about watching people buy stuff could become such a cultural phenomenon? But Storage Wars is a staple in this household. What makes it so entertaining is the personalities of the buyers, the anticipation of what’s in those storage lockers, and the question of what it’s all worth.

Season three of the show started June 5 (Tues., 10/9c on A&E), but I didn’t want to let time pass by without posting the excellent video promo below. Stuff blows up, the guns come out, and the bidders walk away in slo-mo without looking at the explosion, because as we all know, the more you ignore it, the cooler you look.

By the way, it appears that Barry might be starring in another show soon. Metal Flowers Media is casting for a show titled What Are You Worth Featuring Barry Weiss, which gives budding entrepreneurs the opportunity to score cash for their business.

He’s undoubtedly one of our favorites on Storage Wars, but I hope they don’t ruin it for us by over-exposing him. We think he works best as the mysterious rich guy bidding on those storage lockers.