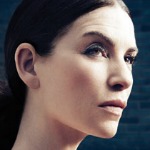 The Emmy race is in full swing, but who will take home trophies when the awards ceremony airs on Sept. 23, 2012 on ABC? Based on the roundtable discussions over at The Hollywood Reporter, the contenders are super supportive of each other.

The thing that stands out for me from these interviews (THR does roundtables with actors and actresses in many of the categories) is how real the celebrities are. They’re trying to juggle work and family just like the rest of us out here. It’s no different for them, even though we see them on TV week after week.

Julianna Margulies on trying to do it all:

“I started The Good Wife when my son, Kiernan, was 13 months old, so it was easy to cart him around. But now he’s four, so try and be a good parent and also be good at your job; it’s constant anxiety … In what we do with episodic work, it’s a nonstop train. I mean, there are days when, I was saying this to Kyra before, I had worked until midnight and then I had to go and shoot something else at five in the morning.

I looked at my husband and I was like, ‘This is why Judy Garland was on pills.’ I can’t keep this up. I need a pill! At one point this year, I was in all these court scenes and I hadn’t gotten the next script. I looked at the schedule and I was in every single scene. It was 11 o’clock at night and I just e-mailed everyone and I said, ‘How about we call an insurance day because … this is inhuman.’ And then Robert was like, ‘We’re going to write you out of this scene and that.'”