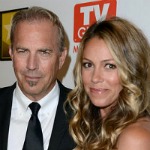 The glitterati gathered at the Beverly Hilton Hotel earlier this evening for the second annual Critics’ Choice Television Awards (given by the  Broadcast Television Journalists Association, a.k.a. BTJA). And guess what?! A bunch of my favorite shows won!

Homeland (yay!) took home the prize for Best Drama Series, while Community won in the Best Comedy Series category. Best Reality Series went to Anthony Bourdain: No Reservations, while Best Reality Show-Competition went to The Voice . (I admit to never having watched this show, much to my Twitterized chagrin).

Late Night with Jimmy Fallon was honored as Best Talk Show (again, yay!), while Archer was honored as Best Animated Series (my 17-year-old is cheering – “See? It’s a great show,” he says), and Sherlock was honored as Best Movie/Miniseries (sweet!). Here’s a shocker: NBC was the most awarded network with five wins, followed by ABC and AMC, which tied with three wins each.

In addition, The Following, The Mindy Project, Nashville, The Newsroom and Political Animals were honored as Most Exciting New Series (and they’re not even officially on the air yet!).

The BTJA also partnered with thalo Magazine to recognize Smash with the thalo’s Critics’ Choice Inspiration Award, which “honors a television show for illuminating the fine arts in its subject matter and production methods, along with the individuals who infuse those productions with their artistic passions.” I’ve always said that Smash is Glee for grownups.

Let’s take a look at the full list of winners…

Best Actor in a Drama Series

Best Actress in a Drama Series

Cat Deeley – So You Think You Can Dance – FOX

Best Actor in a Comedy Series

Best Supporting Actress in a Comedy

Best Actor in a Movie/Miniseries

Best Actress in a Movie/Miniseries

Dancing with the Stars – 1

So You Think You Can Dance – 1