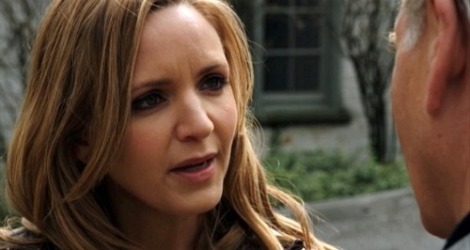 Ok, guys. New Season. New Rules. Just when you’ve set your DVR to record all those shows you love, the networks make their upfront presentations and announce new lineups, throwing everything into chaos. They want that all-important 18 to 49 demo to score the big ratings. Let’s take a look at Fox’s fall 2012 line-up, announced this week.

Airing on Monday nights is Bones, as well as a new show called The Mob Doctor, with Jordana Spiro playing a Chicago physician who’s indebted to the mob. Wow. Interesting stuff.

[Jane’s Note: I’m not much for crime procedurals, but this one looks too good to not give it a look. Shades of The Sopranos.]

Tuesday nights we’ve got Raising Hope, New Girl, and new shows Ben & Kate , a single-camera comedy about an uptight single mom whose aimless brother moves in to help raise her daughter, and The Mindy Kaling Project, starring Mindy Kaling (The Office) as a Bridget Jones-type OB/GYN navigating her personal and professional lives surrounded by quirky co-workers:

New Girl was one of the best new shows this season, and I’m glad it still has legs. The characters are developing, and everyone is fair game. I always thought Zooey Deschanel had the makings of a star, and her comedic chops make her even greater.

[Jane’s Note: While I like to give new shows a fair chance, Ben & Kate looks a little dumb. It pains me to say that because I love Melanie Griffith and am hoping good things for her daughter, Dakota Johnson, who stars in this show. I also LOVE Maggie Elizabeth Jones, who starred in We Bought a Zoo and plays her daughter here.]

Wednesday and Thursday nights bring The X-Factor (with new judges Britney Spears and Demi Lovato sharing table space with Simon Cowell and L.A. Reid) and American Idol mid-season. I never wanted to watch American Idol even if there was a dog singing the alphabet. It’s always about the judges and how much money they make, and not about the talent anymore. And the results show on Thursday night? Way to stretch five minutes into an hour.

Thursday nights, we’ll also have Glee at 9 p.m. ET. During the first season, Glee was the show to watch, but now it seems like they’re not even trying. The writing has gone stale, and the actors are looking too old to be in high school. [Jane’s Note: We’ll see how Glee fares when some of the students move on to New York.]

Friday nights bring Kiefer Sutherland’s  Touch at 8 p.m., as well as Fringe at 9 p.m. Fringe, which has about three viewers, is getting its final season next year and being put out of its misery.

[Jane’s Note: Andy! Thousands of Fringe Twitter fans will be storming your house with torches! I predict that Fox will find a way to keep this show going, probably in a spin-off of some sort.]

On Sunday nights, look for the Animation Domination block with the same schedule, including The Cleveland Show, The Simpsons, Bob’s Burgers, Family Guy and American Dad. Their motto: If it ain’t broke, don’t fix it.