This news makes me sad, because I always really liked Shane Sparks as a judge on So You Think You Can Dance. I especially loved his excitement over Bryan Gaynor, a.k.a. the “robot boy,” that we still talk about in this house.

According to Dance Track Magazine, the Hip Hop star will stand trial in a Los Angeles courtroom on August 16, 2011, on charges of rape and child molestation.

Sparks, who also appeared on MTV’s America’s Best Dance Crew, was arrested on Dec. 18, 2010 at his North Hollywood apartment on six counts of a lewd act upon a child and two counts of oral copulation of a person under 16. The accuser, who was younger than 14 at the time, is identified in court documents only by first name and last initial.

The alleged crimes occurred between July 1, 1994 and April 30, 1997. Sparks is currently free on bail, but if convicted on all charges, he could spend up to 14 years and eight months in prison. His pre-trial conference was held yesterday, Aug. 9, at the Van Nuys, California Courthouse.

You’re probably wondering if the statute of limitations had expired, but according to the story, because the accuser was a minor at the time of the alleged offense, a criminal complaint was filed within one year of the report, and “the violation, as alleged, involved substantial sexual conduct, namely, sexual intercourse and oral copulation; and there is clear and convincing corroborations including, but not limited to, defendant’s statements.”

Now I’m wondering why he hasn’t gone to trial before now, because that seems like a long time to have a case hanging out there. If anyone knows, tell us in the comments below.

Sparks’ attorney, Leonard B. Levine, has said Sparks maintains his innocence. It’s an awful crime, but people do stupid things, especially celebrities who think they’re immune to the law. I’m hoping this is one awful blip and that he’s a better man now. He should still serve time in jail, though.

In related news, Alex Da Silva, a salsa instructor and choreographer who was also a frequent presence on So You Think You Can Dance, was arrested in 2009 on four charges of sexual assault that allegedly occurred between 2002 and 2009. Unlike the Sparks case, the Da Silva case involves multiple victims, all of whom were students of his at the time.

He faces a maximum sentence of 90 years to life with the possibility of parole. His trial is set to begin on August 24, 2011, and I hope they throw the book at this guy.

What is it with celebrities anyway? You’re not immune to the law, people! 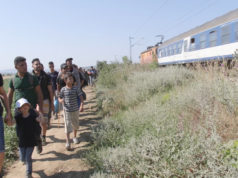